Sprites of the main characters!

SPOILERS FOR THE FIRST GAME:

I strongly recommend you play PUQFFAL!!! before this one.
However, you can enjoy this one by itself as well and everything quality-wise will be tons better (I just don't recommend it)
Play the first game here: https://mintglow.itch.io/puqffal

Hello again! I bring another update as to how the game is coming along :D

I have to rewrite the whole script.
But other than that, everything is coming along nicely:

The planned release date is still sometime in December!

Here is a sketch of one of 4+ unlockable CGs: 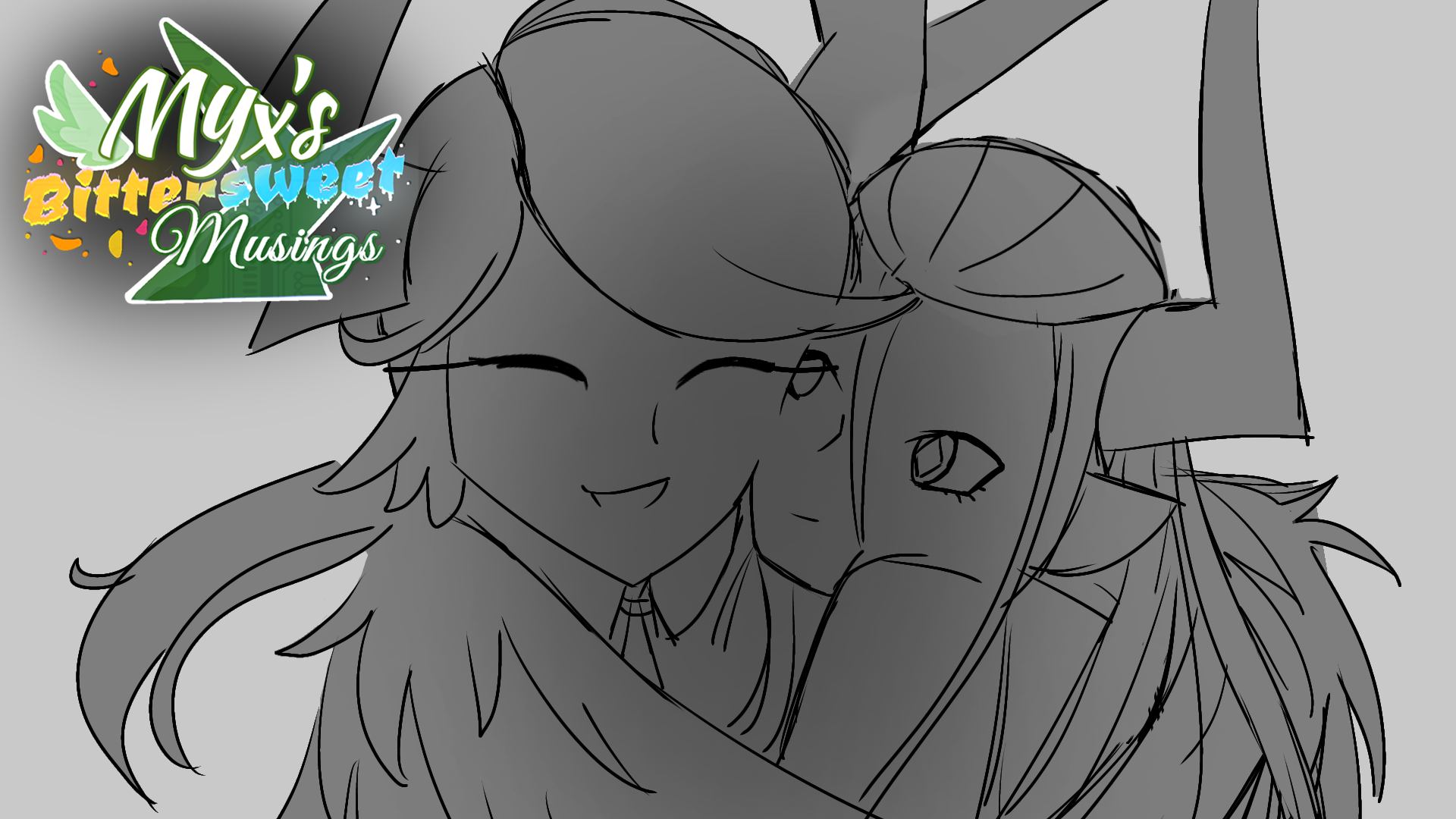 A short, seasonal visual novel about relationships and perceiving the past. (Specifically, Myx's past...)